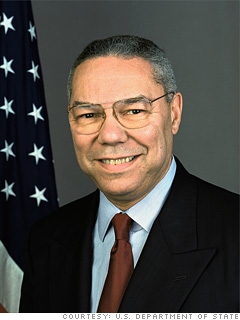 When I was a young infantry officer at Fort Benning, we had a lot of old captains who had served in World War II and Korea. They were not going to go higher in rank, but, boy, did they know about soldiering. So I didn't learn this piece of barracks wisdom from an Eisenhower or Pershing. I heard it from these wonderful reserve captains. This is the story: There was a brand-new second lieutenant who was very ambitious and wanted to be a general. So one night at the officer's club the young officer spotted this old general sitting at the bar. So he went up and said, "How do I become a general?" And the old general answered, "Son, you've got to work like a dog. You've got to have moral and physical courage. There may be days you're tired, but you must never show fatigue. You'll be afraid, but you can never show fear. You must always be the leader." The young officer was so excited by this advice. "Thank you, sir," he said, "so is this how I become a general?" "No," said the general, "that's how you become a first lieutenant, and then you keep doing it over and over and over." Throughout my career, I've always tried to do my best today, think about tomorrow, and maybe dream a bit about the future. But doing your best in the present has to be the rule. You won't become a general unless you become a good first lieutenant.