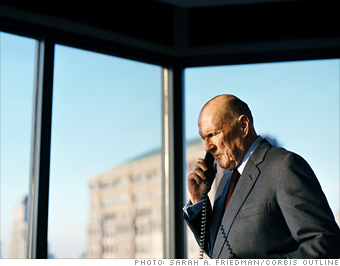 The best advice I ever got came from my sister Wyndham [who later became an assistant managing editor at Fortune]. She called me one night after we'd been to a cocktail party in the early 1960s and said, "You're becoming a business bore. No one is interested in talking all night long about stocks. Quit being a business bore." After trying to refute her, I realized she was right. So I stopped being a business bore. I found other topics to discuss. And I found that when I ceased being a business bore -- and quit pushing my views about the market on everyone -- that people came to be more interested in any advice that I might have to give. At the time I was a broker starting out, and it helped me acquire clients. I think the same thing is true as a parent with your kids. If you give advice, it's not nearly as well received as when it's asked for.