We don't need your stinkin' stimulus 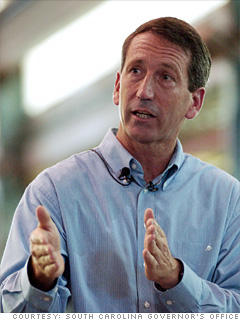 • TalkBack: Reader picks for dumbest moment
Okay, so it's probably only the second-dumbest thing that Mark Sanford has done in 2009: In March, the South Carolina governor boldly announced he was rejecting $700 million of federal stimulus funds for his state, based on his fiscal conservative principles.

Apparently, South Carolina's issues -- the state has the nation's second-highest unemployment rate, for instance -- were somewhat less of a concern for Sanford, who was considered a 2012 presidential hopeful until his recent vacation adventure.

GOP governors like Sarah Palin of Alaska joined Sanford in his stand, but most accepted funds in the end, and in South Carolina, the fight went to the state supreme court, which ordered Sanford to take the money (but not to run).