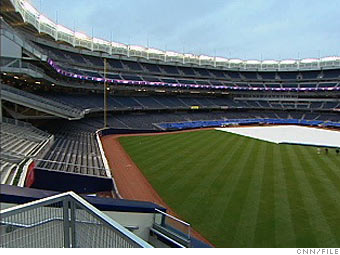 • TalkBack: Reader picks for dumbest moment
The New York Yankees opened a new $1.3 billion ballpark in 2009, and were hoping to cover some of the cost with pricey $2,500 tickets, sold in season packages for $200,000.

The Yanks didn't get enough takers, and after a month of empty prime seats dominating the television coverage, the team was forced into an unprecedented and embarrassing mid-season cut.