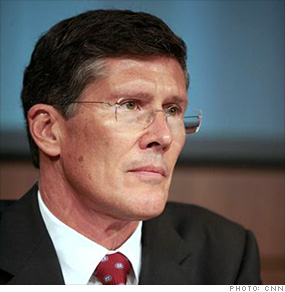 Just weeks after BofA completed the Merrill deal in January, with the help of $138 billion in taxpayer-funded promises, it emerged that Thain had spent $1.2 million on a makeover of his Lower Manhattan office -- including an $87,000 area rug and a $35,000 "commode on legs."

Thain later said he'd reimburse the company, but by then he was out the mahogany-paneled door.