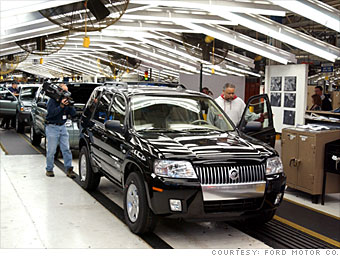 Even though Ford again appears on the losers list, its loss narrowed to $2.7 billion in 2007, compared with $12.6 billion a year earlier, partly due to sharp cost cutting.

Though Ford expects to keep belt tightening in 2008 - it reduced corporate costs by $1.8 billion through the first quarter - the company says it will likely remain in the red for another year.