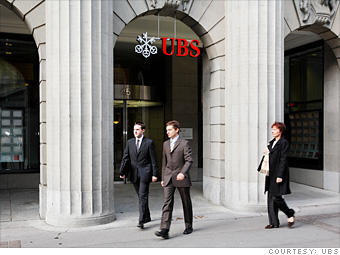 Toxic securities made 2007 an annus horribilis for one of Europe's largest banks. As the subprime crisis unfolded, the Swiss bank's balance sheet took some hard hits. UBS has announced a whopping total of $37 billion in subprime-related writedowns - that's about twice as much as Iceland's GDP. This was the company's first annual loss since UBS was created from the merger of Union Bank of Switzerland and Swiss Bank Corporation in 1998.