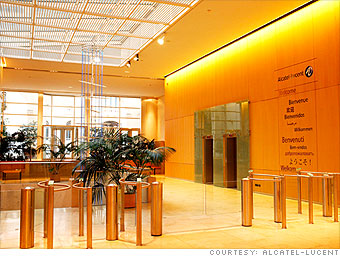 The French telecom-equipment maker had a tough year, losing $4.8 billion in total. Analysts suggested CEO Patricia Russo, the American who ran Lucent before it merged with Alcatel, might lose her job over the company's financial performance.

Instead, Russo cracked the whip and announced job cuts and restructuring in October. The plan hasn't helped the Alcatel stock much so far - it is down about 40% since the changes were announced - but Russo seems to have persevered, for now, at least.