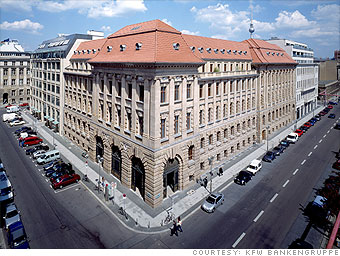 Though Frankfurt-based KFW climbs more than 200 positions on this year's Global 500 list, it also lands high on the money losers list in the wake of the subprime mess.

When German bank IKB got into subprime trouble, a roster of commercial and co-op banks stepped up. KFW Bankengruppe picked up a huge part of the tab, contributing heavily to its $8.4 billion loss in 2007.