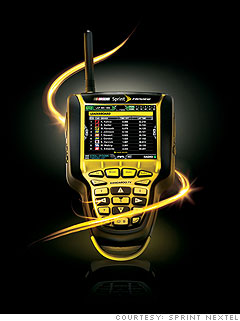 The No. 3 wireless carrier in the United States lost more than one million subscribers last year, but the red ink - $29.6 billion of it - is mainly due to a titanic writedown of the value of Nextel, the company Sprint merged with in 2005.