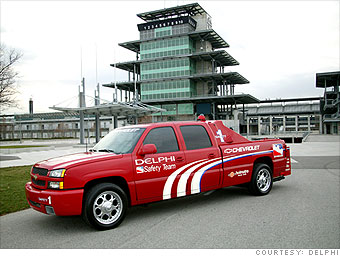 GM spinoff Delphi has had a rough couple of years. It filed for bankruptcy in 2005, and posted losses in 2006 and 2007. The Michigan-based auto-part maker did manage to narrow its loss to $3.1 billion last year (compared with $5.5 billion in 2006) but its efforts to emerge from bankruptcy protection recently were scuttled when a private-equity group backed out of plans to invest in the company.