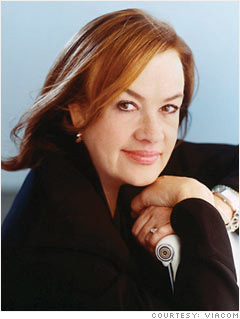 Her portfolio of cable channels -- including MTV, Comedy Central, and Nickelodeon -- reach more than 560 million households around the globe. Facing challenges from emerging networks and new media, McGrath has taken her properties out of the box with projects like Nick-branded resorts and a virtual world for fans of MTV's The Hills--now the No. 1 original cable series. But Viacom's stock is down 31% in 12 months, and some are wondering if McGrath, a 27-year MTV vet, will stick around. One rumor has her running Oprah's new TV network, but it's unlikely that McGrath would leave New York City for California.