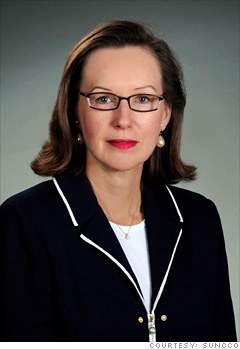 Elsenhans, named CEO in July, is the first woman to head a major U.S. oil company. Though the company is huge (revenues were more than $40 billion in fiscal 2007), net income fell 9%, to $891 million, and the market cap is only about $5 billion. Some analysts are expecting a strategy shift.