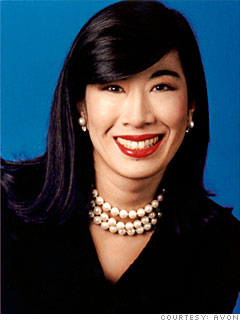 As part of a three-year extreme makeover, Jung trimmed management, invested $100 million in research facilities, and tripled ad spending. In China, Avon has doubled the number of direct-selling reps to 700,000. The stock is up 15% in the past year, and Avon's second-quarter performance was the best since the turnaround began. Jung recently became the only female member of Apple's board.