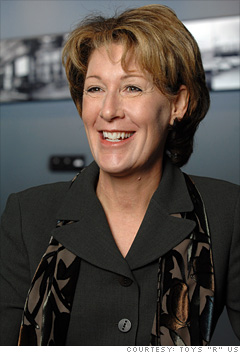 Babrowski debuted on the list last year after a stint as interim CEO of RadioShack and three decades at McDonald's. Toys "R" Us, which was bought out by private equity players in 2005, saw a 40% net earnings increase, to $153 million in fiscal 2007, but is fighting a tough battle for market share against discounters such as Wal-Mart.