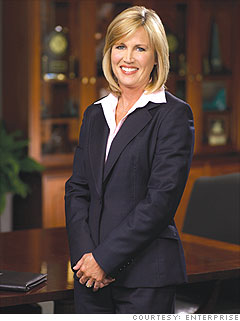 After almost 30 years at Enterprise, Nicholson became the company's first woman president in August. Revenue increased this year to $13 billion, from $9.5 billion, with the addition of Alamo and National. Viewed as a CEO candidate, she'd be the first non-family member to run the company.