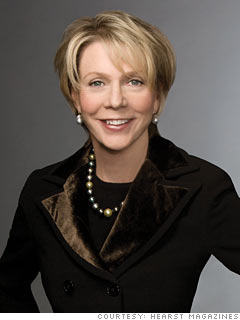 Hearst Magazines' 2007 ad revenues from titles like Cosmopolitan, O, and Esquire rose 9%, to $2.7 billion. Since Hearst Corp. lost its CEO, Victor Ganzi, in July, Black is a candidate to succeed him, but her age works against her. She's on the boards of IBM and Coca-Cola, and just wrote a hit memoir, Basic Black.