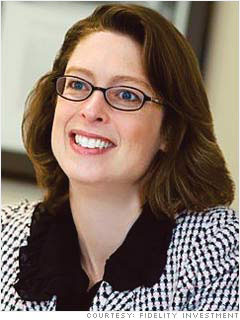 Johnson's responsibilities grew when a year ago she took over a new division that encompasses Fidelity's 11.7 million retail accounts as well as the 14.6 million participants in workplace savings plans like 401(k)s. Fidelity's overall revenue increased more than 15%, to $14.9 billion, in 2007, but with the market turmoil, the next year could be a tough one for the owner's daughter.