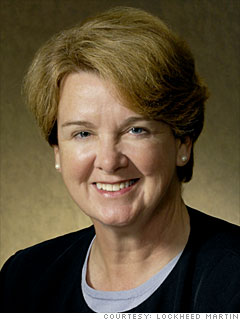 It was a big year for Maguire: Her division won a $1.4 billion contract from the U.S. Air Force to build the next generation of global-positioning systems and also saw its Phoenix lander touch down on Mars. In 2007, Space Systems contributed 20% of Lockheed's $42 billion in revenues. Investors rewarded the company, sending the stock up 10% over 12 months. Trivia about Maguire: She's a sports junkie who played basketball in high school, and she's one of 12 children.