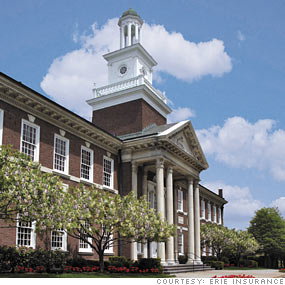 Since taking the helm two years ago, Erie chief Terrence Cavanaugh -- the first non-family member to run Erie in the company's 85-year history -- has had to battle internal complacency (he told shareholders the company's biggest threat "is thinking that time is on our side") and mended fences with a major shareholder, who had objected to the company's direction.