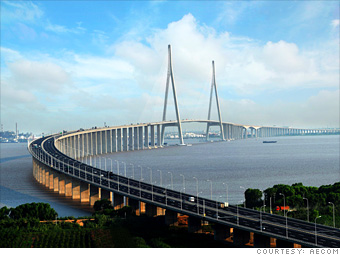 AECOM manages eight of the largest 18 infrastructure projects in the world, including a $50 billion housing project in Libya and New York City's long-awaited Second Avenue subway.

Last year, with infrastructure spending seen as a way to kick-start job creation, AECOM's revenues rose 19%, to $6.2 billion, and earnings rose 29%, to $190 million. In the U.S. alone, AECOM snagged $650 million in stimulus-related contracts.