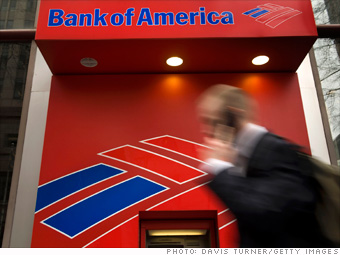 Former rugby player Brian Moynihan has played just about every position for BofA. He has run the bank's consumer and small business division, served as general counsel, and was put in charge of Merrill Lynch.

Moynihan says the controversial Merrill acquisition is paying off, helping elevate revenues to $150.5 billion, a 53% increase, and profits to $6.3 billion, up 57%.