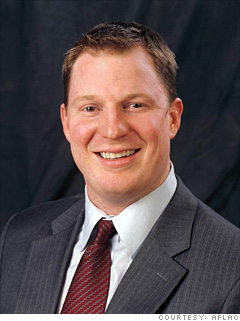 As the grandson of one of AFLAC's founders and son of its current CEO, Amos helped the insurance giant best known for its quacking duck mascot reach sales of $16.6 billion last year.