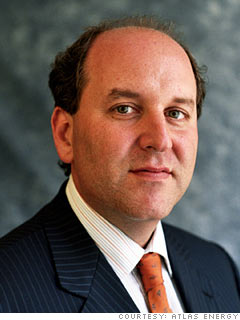 Another family affair: With its holding company made up of various components -- Atlas Energy Resources, Atlas Pipeline Partners, and Atlas Pipeline Holdings -- the Pennsylvania-based Cohen family has made a profitable business with tax-advantaged investments in the oil and gas industry.

Jonathan Cohen, the son of CEO Edward E. Cohen, earned a hefty $4 million-plus at Atlas last year. That doesn't include his other jobs as CEO of his father's Resource Capital Corp., a separate commercial real estate investment trust based in New York and Philadelphia that trades on the NYSE, as well as hedge fund Castine Partners.