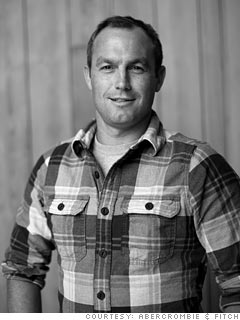 The trendy teen retailer known for blasting club music in its dimly lit stores has lost some of its sizzle: it recorded a second quarter net loss of $27 million, compared to a profit of $78 million over the same period a year earlier. The business hopes to catch up by lowering prices and expanding internationally.

Kessler, who goes by Chad, started out at vice president of merchandising at Hollister, A&F's surf clothing brand, before moving to the parent company.