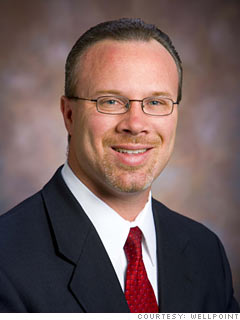 He could only compare favorably to his predecessor: Deveydt, who joined WellPoint in 2005, stepped in June 2007 to replace David Colby, WellPoint's disgraced CFO who left the company after lawsuits from former paramours alleged he romanced multiple women and made false promises of money and marriage.

Deveydt had timing on his side, too, stepping in during a period of record earnings at the insurer. Last year he collected a base salary of $648,769, with option and stock awards worth more than $3 million.