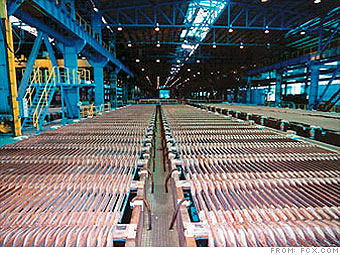 Last year's plunge in commodity prices might have spelled relief for consumers, but not for the nation's biggest gold and copper miner. As the prices of industrial metals plummeted in the second half of 2008, Freeport was forced to take a huge loss on the value of the reserves it acquired when it bought rival Phelps Dodge, then the world's second-largest copper miner, for $26 billion in 2006.

Meanwhile gold prices were rising - but not enough to overcome the copper losses. The hitch? The company was mining a lower-grade section of its giant Grasberg mine in Indonesia - which yielded less gold to sell as the yellow metal's price approached its record.