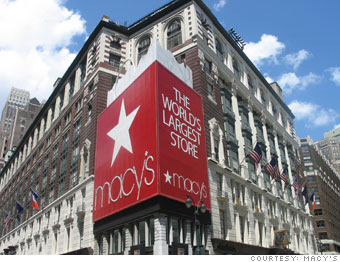 The great department store roll-up - consuming names like Marshall Field's, Hecht's, Rich's and May Stores over the past several years - hit a stumbling block last year as consumer spending tumbled and online competition intensified. Though the company posted gains at its Macys.com and Bloomingdales.com businesses, the Bloomingdale's brick-and-mortar stores and Macy's in the western U.S. and Florida weakened - which is part of why the company cut the value of its acquired stores with a $5.4 billion writedown.

As the recession deepens, Macy's finds itself caught between its local roots, which it emphasizes through the "My Macy's" initiative that helps stores cater to individual markets' tastes, and analysts' belief that centralizing operations will reduce costs dramatically. With sales under intense pressure as consumers pull back, it's not a fun place to be.