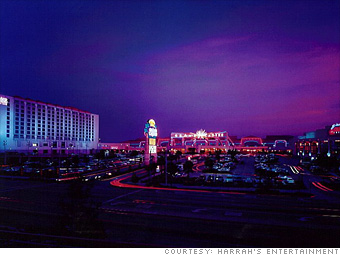 The two private equity firms that bought the casino operator in 2007 for $17 billion drew a bad card: a recession that pushed revenues down 8.4% last year and deflated the once-ballooning valuations for gambling companies. Apollo and TPG wrote down the value of their investment by $5.5 billion, while Standard & Poor's dumped Harrah's debt into the lower end of the junk range and some analysts started predicting bankruptcy.

But assuming the private equity shops can stave off their creditors, they still have big plans. They bought a Macau resort in 2007 and opened up two London Club-brand casinos in the U.K. last year. Projects in the U.S., like the expansion of Caesar's Palace in Las Vegas and Margaritaville in Biloxi, Miss., have slowed - but not yet been canceled.