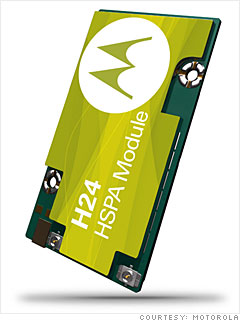 Motorola's handset business is on the canvas. Thanks to its popular Razr phone, the Schaumburg, Ill., tech titan was the No. 2 producer of cellphones for the U.S. market as recently as 2006. But since then Motorola's offerings have been lapped by those from smartphone purveyors RIM and Apple and market share leader Nokia. As a result, last year the handset unit lost $2.2 billion - and Motorola fell to fifth place in U.S. handset sales, giving up 6 percentage points of precious market share.

Under well-paid new chief Sanjay Jha - he made more than $100 million last year, mostly in stock, for a year in which the company's shares plunged 72% - Motorola has spent $500 million refocusing the handset unit around Google's Android operating system and positioning it for a spinoff. But the big plans, announced last year in the midst of a proxy fight with investor Carl Icahn, have yet to bear fruit.