Silverdome sells for less than a house 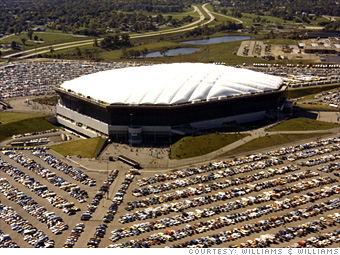 It's been host to a Super Bowl, a World Cup, Michael Jackson and the Pope, and now the Pontiac Silverdome has been sold for a fraction of what it cost to build.

The 80,000-seat Silverdome was the National Football League's biggest venue when it was built in 1975 for $55.7 million. But when the Detroit Lions moved to Ford Field in 2002, the stadium went largely unused, and the upkeep became too much for its owner, the city of Pontiac.

In an auction back in November, an unidentified Canadian real estate company had the winning bid -- of $583,000, which is about 1% of its original cost.