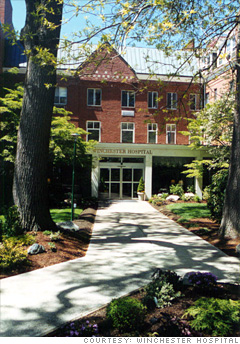 It's about more than the paycheck at Winchester, a nearly century-old community hospital that serves the northwest suburbs of Boston. To get hired, job applicants not only must pass muster with prospective co-workers who interview them, they must agree to the hospital's so-called PROMISE standards, which promote such beyond-the-numbers values as respect, empathy, a positive attitude and initiative in improving the environment, safety and quality.

That said, the money's good too. On average, nurse managers earn an average base salary of $112,645, supplemented by an $8,308 bonus. That may be one reason why, unlike many hospitals that are struggling with nursing shortages, Winchester has a low nurse vacancy rate (1.7%). And to keep nurses loyal, the hospital has a policy against offering new hires more dough than an employee with comparable experience. No wonder nearly 28% have been on staff more than 10 years.