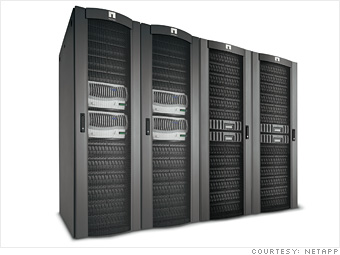 Last February, as its customers started to cancel or delay orders, this data storage firm laid off 500 employees -- more than 6.4% of its workforce. NetApp gave laid-off staffers up to 12 weeks' severance, and since they were 9 months into the firm's fiscal year, pro-rated bonus checks.

Going the extra mile for employees seems to be part of NetApp's DNA. Consider: In 2009, many of the stock options employees held (all receive them) were "under water" -- worthless because shares were trading for less than the options' strike price. NetApp wanted to let staffers swap these options for restricted stock units, which retain some value even when the stock price falls. To do so requires shareholder approval, though, and as the annual shareholder meeting loomed, they were short of the needed votes.

So the director of investor relations made non-stop phone calls, imploring shareholders to endorse the swap. Some five million "yes" votes came in during the last 24 hours.