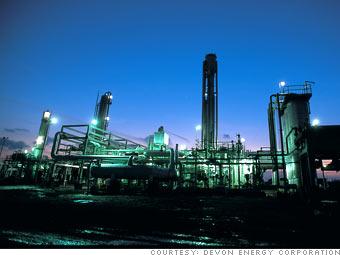 More than 50,000 people apply for jobs at this Oklahama City-based oil and gas producer every year, attracted by a rich package of pay and benefits that includes one of the strongest retirement plans in American business: Devon funds 401(k) plans with anywhere from 8% to 22% of pay, depending on employee match and how long they've worked there. Performance bonuses average more than 15% of pay.

Another attraction: the company's unrelenting emphasis on doing the right thing, expressed in a mission statement called "The Devon Way." The company promises employees: "We will not have hidden agendas and we will not manipulate people." Says one employee: "I feel it is an honor to work for a company with such a high standard of ethics and values."