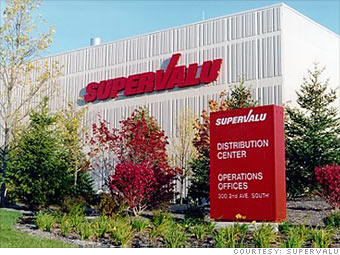 Fortune 500 rank: 47
2009 loss: $2.9 billion
Conventional wisdom says that downturns are good for supermarkets, as cash-strapped consumers cut back on eating out and instead do their own shopping and cooking.
But Supervalu -- the supermarket operator behind Shaw's, Jewel-Osco, Albertsons, and Save-A-Lot -- was slow to learn that shoppers were looking for serious discounts. Its failure to jump on the bargain bandwagon led to a slight decline in same-store sales, as customers went elsewhere for better deals.
Supervalu's biggest hit came from a $3.5 billion charge related to its acquisition of Albertsons and store closures.