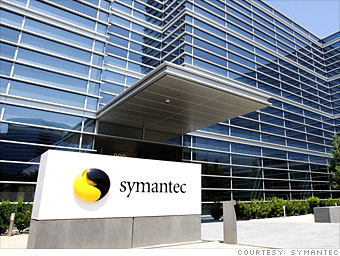 Fortune 500 rank: 353
2009 loss: $6.7 billion
Symantec may have posted record revenue of $6.1 billion in 2009, but the real story behind the numbers came down to a $7.4 billion charge on goodwill, brought on by a floundering economy and its decline in its market cap.

Customers continued to buy anti-virus protection during the downturn, which allowed sales to grow across all segments, but they were slow to make purchases, and the company lost market share as it battled competitive pricing.

New CEO Enrique Salem took over at the start of the fiscal year and has said he wants Symantec to become more of a presence in the small- and medium-business markets. The company had previously been acquisition-driven -- it made six buys during 2009 -- but Salem has indicated that he's going to push to better incorporate the products Symantec already has.