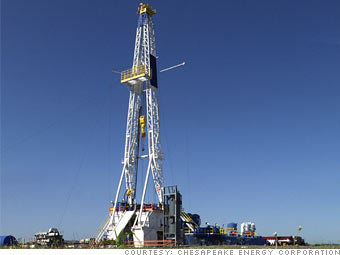 Fortune 500 rank: 296
2009 loss: $5.8 billion
Recession-hit consumers got a much-needed break on their heating bills this year when natural gas prices reached a low not seen in years. But for Chesapeake, the price drop cut deeply into results as revenue slid by a third and the company plummeted into the red, partly due to a $6.9 billion charge on the value of its gas and oil properties.
During the year, natural gas producers failed to cut output, even as demand softened. At one point, the volume of gas in storage got so high that companies feared they would run out of room. Meanwhile, producers weren't drilling new wells; instead better technology reduced costs and allowed the drilling of shales, which were once hard to tap. The downside: natural gas flooding an already over-supplied market.