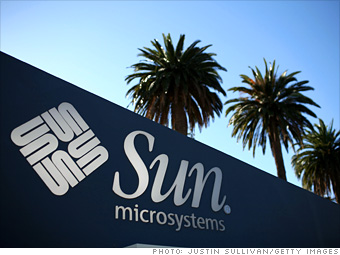 Fortune 500 rank: 204
2009 loss: $2.2 billion
At least Sun won't have the chance to appear on this list again. Oracle bought the server and software maker for $7.4 billion in January after months of uncertainty stemming from European Union antitrust probes. The prolonged deal didn't help results, as wary customers hesitated to do business with Sun. Oracle CEO Larry Ellison said that before the acquisition Sun was losing about $100 million a month.
The problems began long before Oracle came into the picture. Sun was too late getting into the low-cost server business, and during the downturn, customers cut spending on its products -- especially hard-hit financial companies, which were big clients.