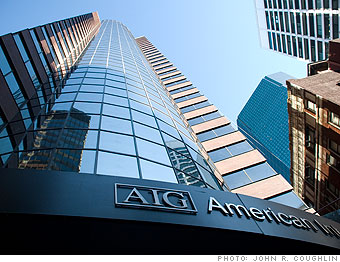 Even though the insurance giant managed to turn a profit in the second and third quarters, it had a brutal last three months of the year thanks to a charge from restructuring its government bailout and money it put aside to pay off claims.

AIG almost collapsed in 2008 due to risky moves by its Financial Products Group, which it's now trying to unwind. The company has been selling some of its business units to pay back the more than $180 billion it received as part of the bailout and to make it less unwieldy. But in its 2009 filings AIG said it might need more government help.