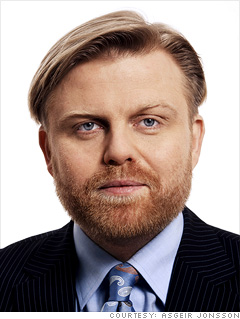 Head of Research at Kaupthing Bank, Iceland's biggest bank, which went under last year after the Lehman collapse

On Sept. 24 the Fed announced swap lines with Norway, Denmark, Sweden ... not Iceland. The government attempted a nationalization of Glitnir [Bank] the next Monday, leading to a systemwide bank run. For the first time in my life, I felt the helplessness of being a member of such a small nation.