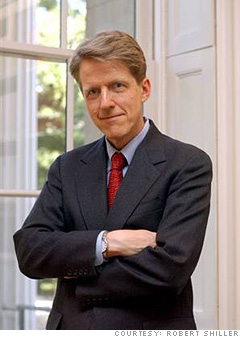 As the financial crisis unfolded on the weekend of September 13, I was on Clam Island writing my New York Times column. My goal was to propose a long-term fix to the basic causes of the problem, but I was also worried about another Great Depression. That is not an overstatement. I was incredibly anxious.

Up until that point the government had prevented anything from happening that would really frighten people, and Lehman was possibly going to be the first institution not bailed out. The government was taking a gamble by letting such a venerable firm go under because no one could predict the systemic consequences. And as we saw, markets froze.

Since then the threat of an institution failing has been eliminated. While this is important in the short term because it prevents further collapse, the too-big-to-fail mentality worries me in the longer run. Risk management will be constrained artificially by convention. It impresses me how much convention dictates action. Confidence has come back more than I expected, but unfortunately at the same time we are losing our capitalist roots. The government is running industries and banks. I would like to see some inspirational move back to free markets.

NEXT: Whitney Tilson: Played out as predicted