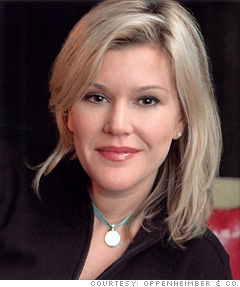 Walking up Park Avenue, which is where I was on Sept. 11 when the first tower fell, I found myself at a similar spot when the news hit that the first money market fund had "broken the buck."

As dissimilar as the events were, there was a similar sense of panic: People talking to each other, and people freaking out. It felt like another 9/11.

Little did most people on the street that day appreciate how much panic was going on behind the scenes. After all, we hadn't addressed the fate of Washington Mutual and Wachovia yet.

I don't think they should've let Lehman fail. The rules didn't seem uniformly applied. And it's very hard to get individuals comfortable with investing if different rules are being applied to different people.