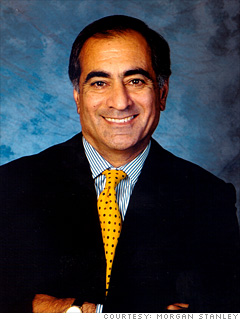 There were so many balls in the air, and if any one of those balls hit the floor, it could've been pretty devastating. There was no confrontation, and there was no explosion.

Hank's view was, "You -- the Street -- help me with Lehman, and I can go back to Washington and get help on other problems." That stuck out.

People say, "Well, you should've never let Lehman go out of business." But this was ground we'd never been on before. So if you want to say what could we have done differently, you need to back up a few years and say, it's too bad we didn't have a systemic risk manager.

If you had a systemic risk manager working, probably you could've come up with a solution and it wouldn't have gone under.

But you know, there's a lot of we should, could, et cetera. I'm not sure there's one thing you could've done differently that weekend that would've made a difference.