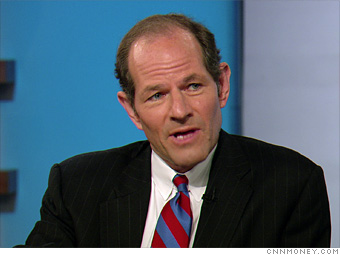 Will I claim to have been skeptical about much that was going on? Yes, I was very skeptical of the building-block pieces of Wall Street. But I won't claim that I, or anybody, could have foreseen this immediate crystallization of those problems and the system's sudden collapse. It reminds me of one of my favorite "Monty Python" lines: "Nobody expects the Spanish Inquisition."

I hope we have learned that you can't eliminate the enforcement of basic principles of integrity -- that notion should be gone, kaput. I hope the term "self-regulation" becomes a laugh-line, not an ideology....

Putting aside the debate about whether or not Lehman in particular should have gone down, did that weekend amount to swallowing the bitter medicine we needed to? I don't think so, because we haven't paid for all this yet. At the time, of course, printing money was our best option. But that's akin to saying, "We put a tourniquet on the limb," and declaring victory.

We've utterly failed to reshape Wall Street. The too-big-to-fail survivors now just have greater market share. The response is, yes, they have greater share, but they're more risk averse. But I don't know if that's true or not.... When protected institutions are this big and unregulated and still not transparent, all we've done is socialized risk and privatized gain.