Amy Brinkley: Unlike anything in my lifetime 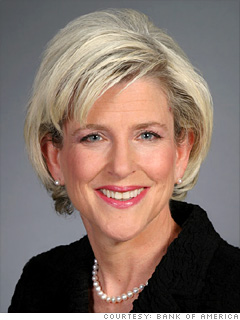 It took no time at all to recognize we were into a period of unprecedented uncertainty, volatility, and a loss of confidence that was unlike anything I'd seen in my lifetime. We also then knew that the financial crisis was going to move to the real economy.

We had people working round the clock on what we called more or less counter-party preparedness -- recognizing there were a dozen or more institutions that could go into a crisis mode at any time.

We literally had a command center set up that was working 24/7. We had food in the command center and we ran shifts, so people could get some rest and others could be ready to notify key people of events within seconds. But even sleep tended to come in two-hour naps.

The closest of anything I'd experienced in my career in terms of the minute-to-minute intensity was 9/11. It didn't have the same human tragedy, and the duration of the crisis was different, but you had the need to anticipate the effects. You're trying to think ahead to what else this might mean in rapid-fire order.

Both 9/11 and this have probably changed my worldview forever.