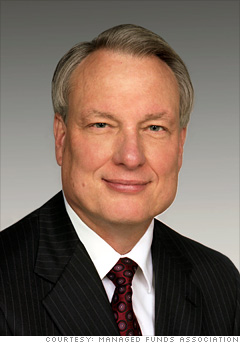 The week before Lehman filed for bankruptcy, Fannie [Mae] and Freddie [Mac] set the stage for a collapse. When they were taken over by the government, the world realized that there were risks in the market no one understood; and immediately everybody was suspicious of everyone else.

The market had always viewed Fannie and Freddie as rock solid, which contributed mightily to their political invincibility for so many years. They always earned within a very narrow band of investor-expected performance -- an almost Madoff-like performance...

When I spoke that week with former Congressional staffers, most in various positions in the financial world, we were all in disbelief that the wheels had come off the wagon.

For us, it had been like watching a horror show in slow motion -- wave after wave of failures. Lehman and Merrill Lynch, homeowners and home builders, consumer credit and materials suppliers. And that's how it felt after Lehman, too.

Lehman weekend I was in Baton Rouge and I was glued to the TV. My wife Kay would come in every few minutes and ask, "Is everything okay?" I don't really watch television, so she was wondering why she couldn't pry me away.

My immediate worry was how this would affect our members [who are hedge funds]. I knew it wouldn't be good.... But I didn't know how bad it would be.