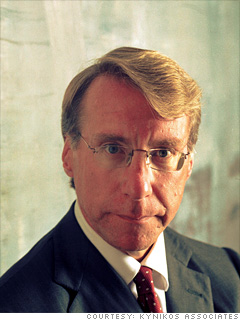 It was an interesting time for me because I happened to be in the UK that weekend. I was moving my daughter into her new flat in Edinburgh, and I had just gotten back to London the weekend in question. I immediately had to deal with the short-selling ban, which had the most interesting impact on my business.

If you recall, that was done immediately after the Lehman/Merrill/AIG weekend. The archbishops of York and Canterbury were railing out against hedge funds and short sellers, so I was asked to comment while in the UK on what the good archbishops had said. I was on BBC News and took some pretty harsh questions from the talking heads that didn't understand that the role of hedge funds in the crisis was pretty negligible.

The bans that were enacted right after that weekend were disconcerting and I think in hindsight very bad policy. It sent the wrong message at the wrong time because, as you know, most short selling is done as a hedge. It's not done directionally as I do it. I'm in the minority. Most people are shorting a security to protect against other things they have bought. It added to market concerns at the time and it threw a lot of hedge fund strategies completely off the road, and that had implications for liquidity later. It was a very strange time.

NEXT: Don Phillips: Lessons for the next generation