Ken Griffin: Felt like the boy who cried wolf 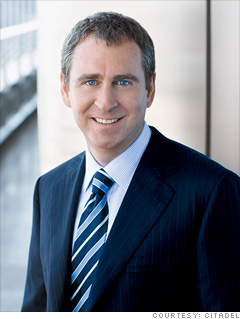 I was at my grandmother's house late Sunday afternoon when a colleague called and said it looked like bankruptcy was inevitable for Lehman. My grandmother, who is 96, lived her whole life in fear of the next depression. But in a great bit of irony, she took this catastrophe in stride.

I, however, had been very worried. When the market was down only a few percentage points on Monday, I felt like the boy who cried wolf. But then the First Reserve money market fund broke the buck, and money markets stopped buying the commercial paper of financial institutions.

What was set in motion was an underwater earthquake. There would be rumors in the days following that Morgan Stanley, Goldman Sachs, and Citadel would be next to fall. I credit my team for doing everything possible to make sure we were prepared for the worst.

The human toll is what is most striking to me. My brother worked at Bear Stearns for almost 15 years, from the day he left college till the day Bear fell apart. Dick Fuld may not have been the perfect leader, but after Lehman filed, I called him to say he was someone I had always admired, and I was sorry to see this happen to a firm you know he'd have given anything to save.

NEXT: Mellody Hobson: What would Warren do?