Anne Erni: All the rules were gone 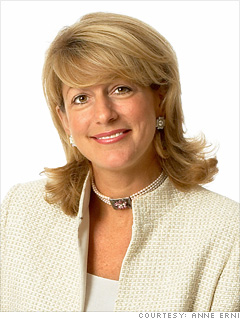 I thought Sunday night there was going to be good news, so I invited my parents over and got a cake. We had a barbecue. Around 6 p.m. we put on the TV to get an update and saw pictures of Lehman employees streaming out the front door with boxes. The news was reporting that BofA was merging with Merrill, and Lehman was bound to file for bankruptcy. I started to cry.

At work on Monday, all the rules of protocol that existed on Friday were gone. I pulled a couple of women together and said, "Whatever happens, we need to keep WILL -- Women's Initiatives Leading Lehman -- alive."

I've heard so many people say that they'll never let themselves be in that position again. They mean they're never going to define themselves by their job, and I think employee commitment on Wall Street is never going to be the same. At the end of the day, it's you and your family.