Chris Whalen: How naïve we were 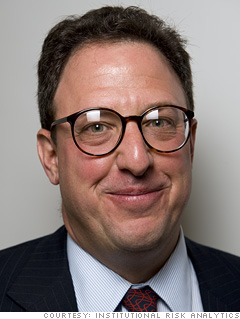 That people were surprised by what happened to Lehman shows how naïve and flaccid we have become as a society -- especially in the financial profession.

We are so convinced that there is no risk. From the collapse of the private mortgage firms in '07, all the way through '08, we were still sleepwalking our way through the crisis.

And going into last September, it was fantasyland. People assumed that someone was gonna pull the trigger on Lehman, and Lehman assumed that it was valuable enough that somebody would buy the firm.

Even I, who thought that something terrible could happen, hadn't really thought about the fact that people weren't gonna get paid.

They had bailed out Bear and made it all right, so why not Lehman? The Bear bondholders were saved, and the Bear people even got $10 a share -- which with today's perspective seems absurd. [Former Bear CEO] Alan Schwartz should be congratulated!